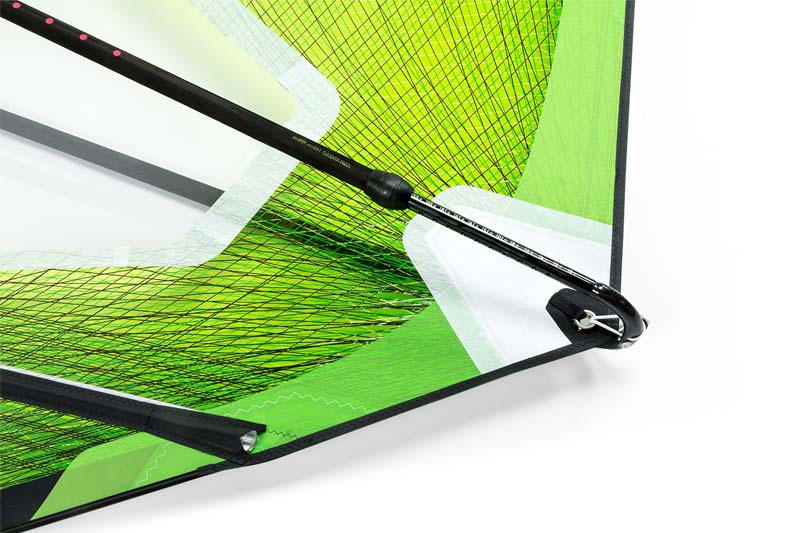 Over the winter 2016/17 the test crew from Windsurfing Jarhbuch in Germany had a massive task ahead of them as they were testing for their yearly publication.

Each year they test a massive array of gear from almost every brand and their model, From Avanti Sails we had supplied 3 sails, The Viper, Fenix and Poweride.
In 3 separate news releases we will now publicise these test results with you.

First up is the test of the Fenix 4.8

and for those who doesn’t speak German, we have translated the test result to English here below:

On Land:
The sail weighs almost nothing! Not only on average but the sail is noticeable
Lighter than its competitors. the Fenix ​​aroused our test team with a
Powerful anticipation.
It is important in this case, however, that the Fenix, was tested in the size 4.8
Already at the first rolling out the tension grew: How can one
Achieve such a light weight in a Wavesail? The thin, soft,
Material traversed by aramid filaments appears to be both weight and technical superior to traditional X-Ply and monofilm laminates and has almost no wrinkles.

The rest of the sail is also optimised in terms of weight, but highly functional.
The mast protector is large and well accessible, the top is reinforced with Kevlar to ensure adequate protection.
The sail is rigged on a 370-RDM the battens stand candle-straight with a soft profile.

ON THE WATER:
The first meters already show the potential that the feather light Avanti could still awaken. It is very effective in its handling and feels much smaller than some competitors, but still with the first gust proves to generate good speed and rewards active sailing as hardly any other sail.
But whoever is sailing with the Fenix, doesnt even consider waiting to get planing. Light on its feet as a Japanese swordsman, the Fenix is easy to sail and handle.
Also the acceleration is very solid and it does not take much until jumpable speed is reached. The Fenix wont break any Speed ​​records, but the sail proves to be a most reliable partner in any situation
Here is one of the biggest surprises: the control in strong-wind. What you mostly see in sails with a wide flare and a tight leech is usually a half catastrophe, but not with the Fenix. Even when the rest Test Team was rigging down a sail size, nothing could move the pressure point on the Fenix and the sail remained as agile as ever. Especially the handling, is the biggest argument for this sail Just this handling is the biggest argument for this sail as it combines everything you can see in Dazendorf (German spot) as well as in Topocalma for radical wave performance.
CONCLUSION: The Avanti Fenix ​​can  with its playful handling and good sliding properties be used by every dedicated waverider, where less experienced sailors would also be happy with less expensive alternatives.
Avanti Sails has with the Fenix created a more than attractive alternative for the ambitious wavesailor. Between our testers, light and middle weight would almost end in a fight over who would sail the Fenix.