Tomorrow the 21st of November 2017 we will see the top Slalom riders of the world inscribing for the final leg of what has been an intense Slalom season.
Never before has the fight for the top 5 positions been closer and more open.

At the moment there is only 100 points between the Matteo Iachino ranked second and Julien Quentel in 5th.
There is no room for mistakes to be made by anyone.
A good result by any of the riders and one messing up, can make a big difference for the overall result of the year.

For Quentel the year has been one of great emotion.
At the first event of the year in Korea, Julien has qualified for the final but with shifting winds and a lot of garbage in the water the PWA in the end decided to cancel the heat after having tried 14 times which gave zero result for the event. Extremely frustrating for many riders.

As the PWA shortly after went to Japan, much of the same frustration was to follow. There was an immense amount of weed in the water which made it difficult to race and the wind didnt fill in as everyone had hoped.
Towards the end of the event, the wind came back and in marginal winds Julien wanted to prove his worth and took the win in the only final that cold be run and effectively won the event! 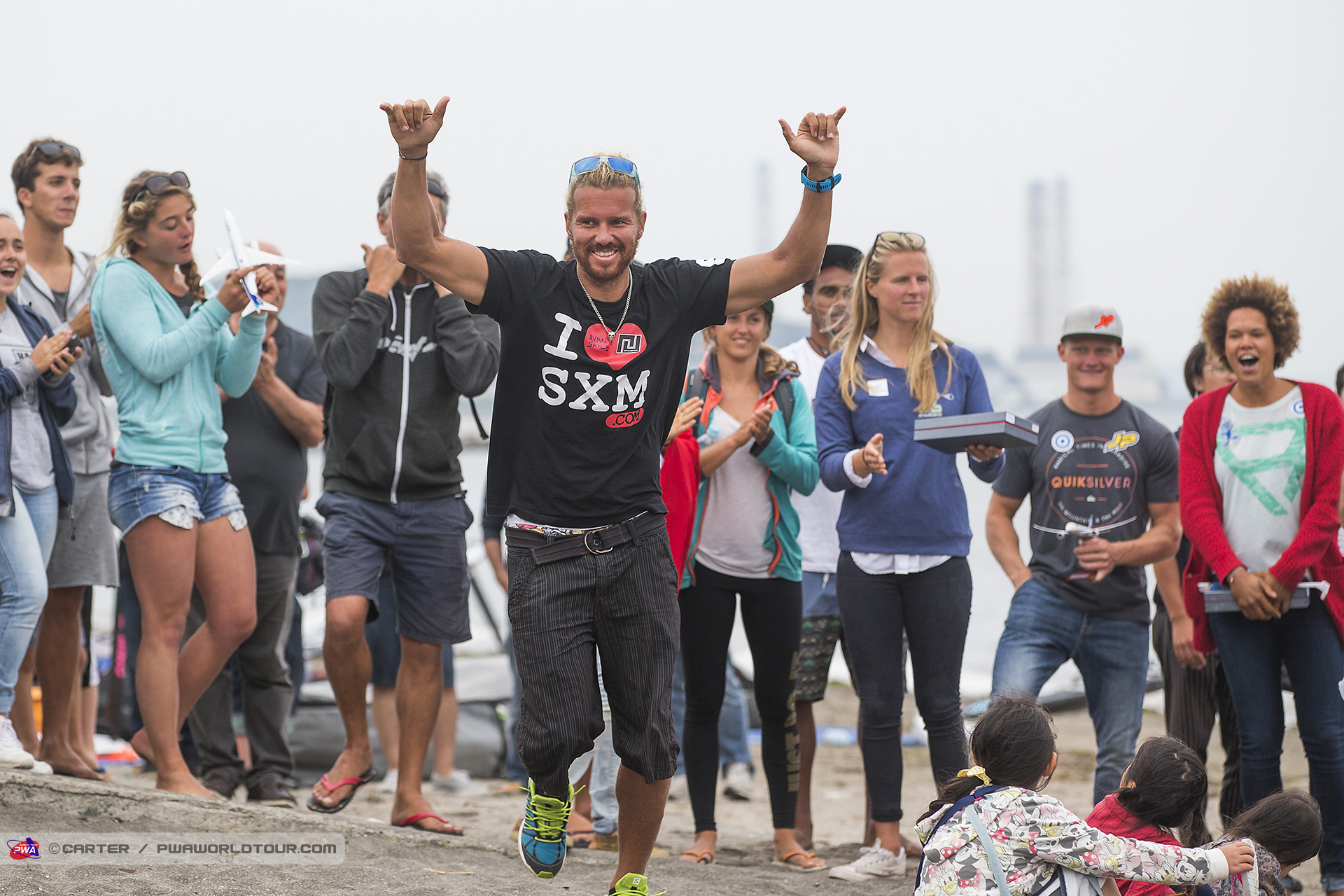 After Japan and still with Gold on his mind, the tour went on to Spain in Costa Brava.
Possibly offering the best conditions that we have seen from that spot in many years, with a full 8 eliminations completed.
However things didnt run as planned for Julien.
Frustration from being sailed down on numerous occasions and not having much luck culminated in bad results and an event best forgotten about and discarded.

the next stop on tour was in Fuerte Ventura. Once again this event delivered nuking conditions and Julien would find himself back in the mix. His unique skill set saw him claw back at the ranking, Finishing 5th, winning one elimination. 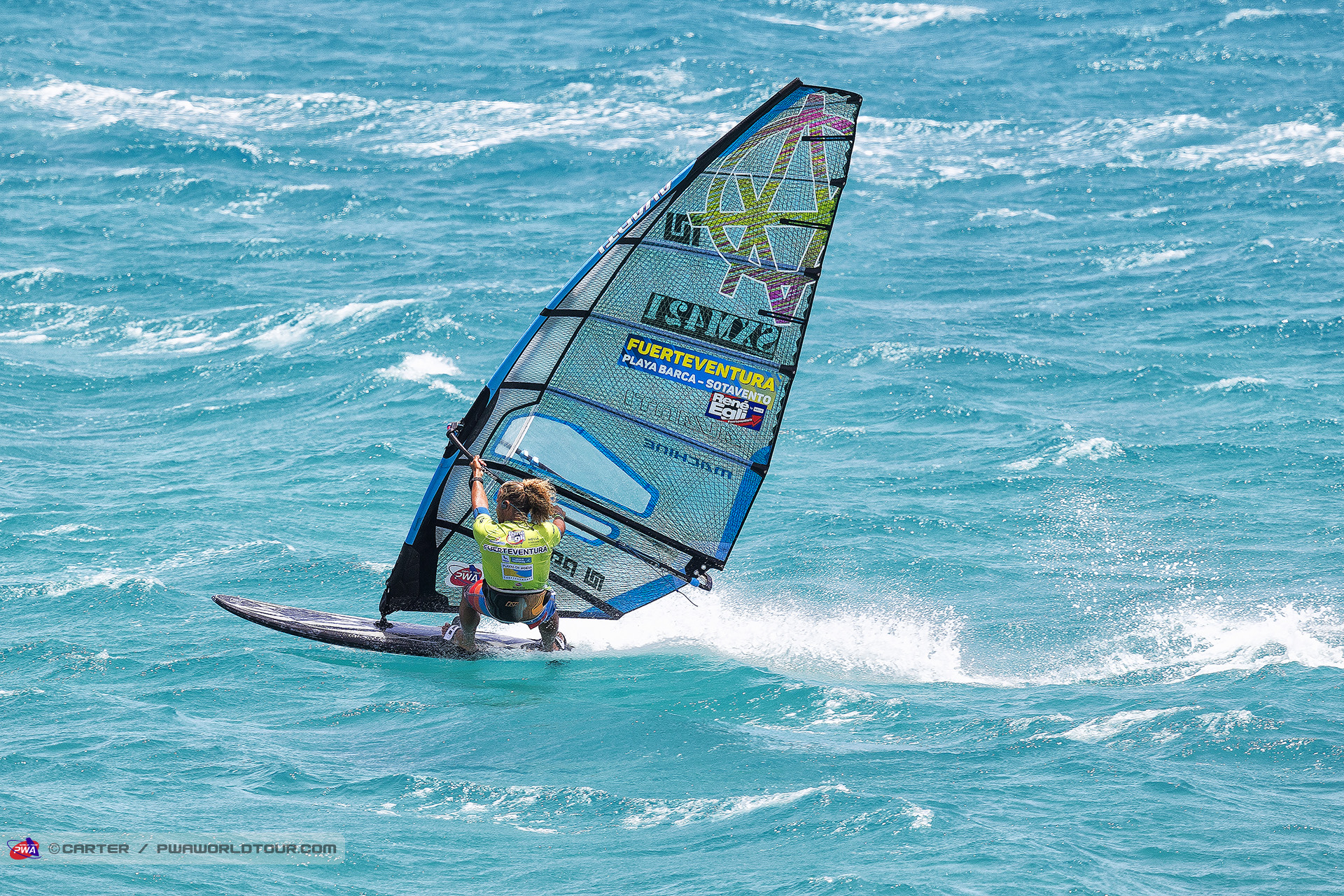 After a longer break, the Tour would gather once again in Northern Europe, in Denmark.
Julien was focused and the event did not let down. All kinds of conditions were on offer, and it was not easy. Steep chop and rain made the event especially challenging.
Some good results were collected, but eventually some unforeseen gear issues proved too much of a challenge for the light wind days and a 6th place was collected at the event. 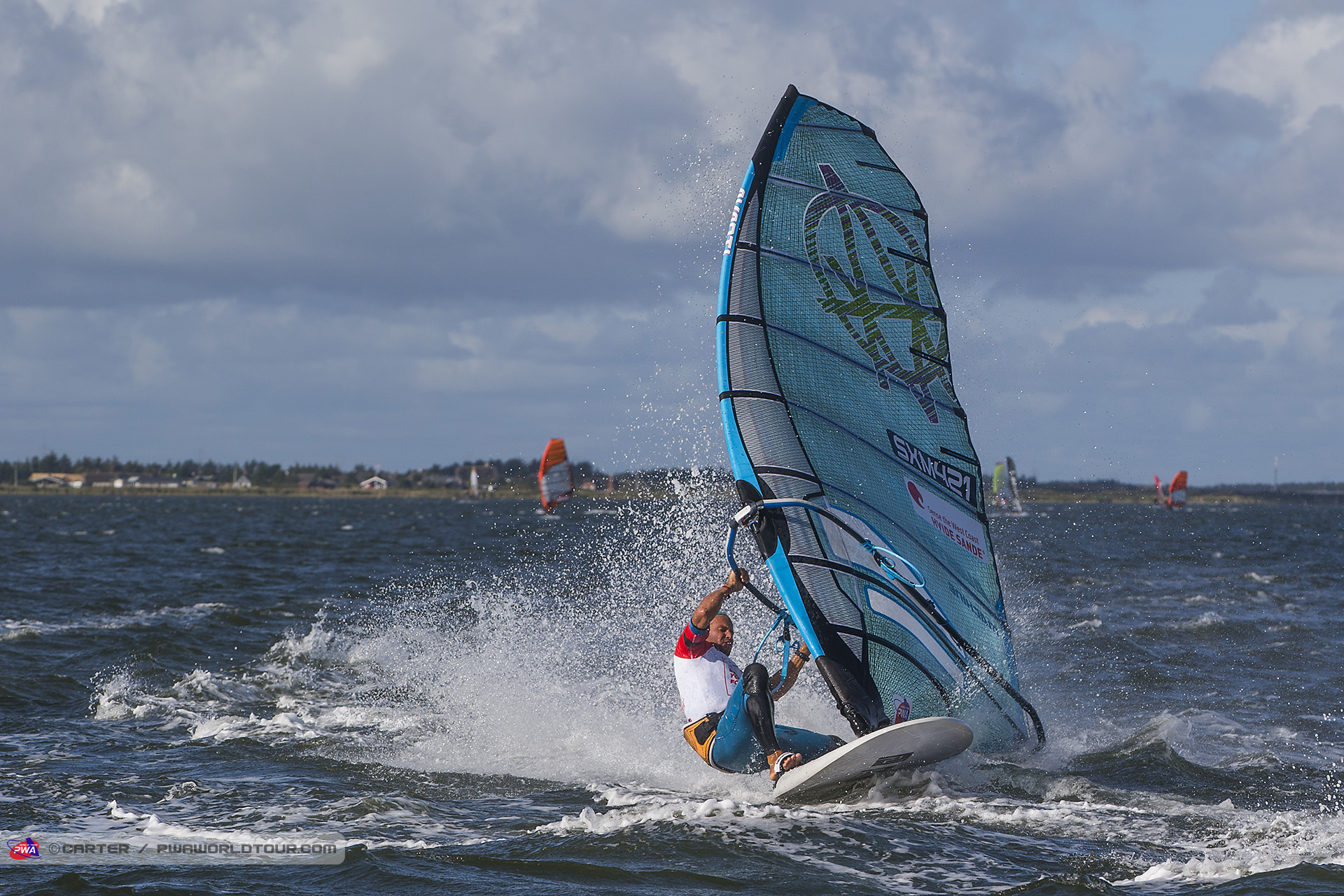 Slipping off the board 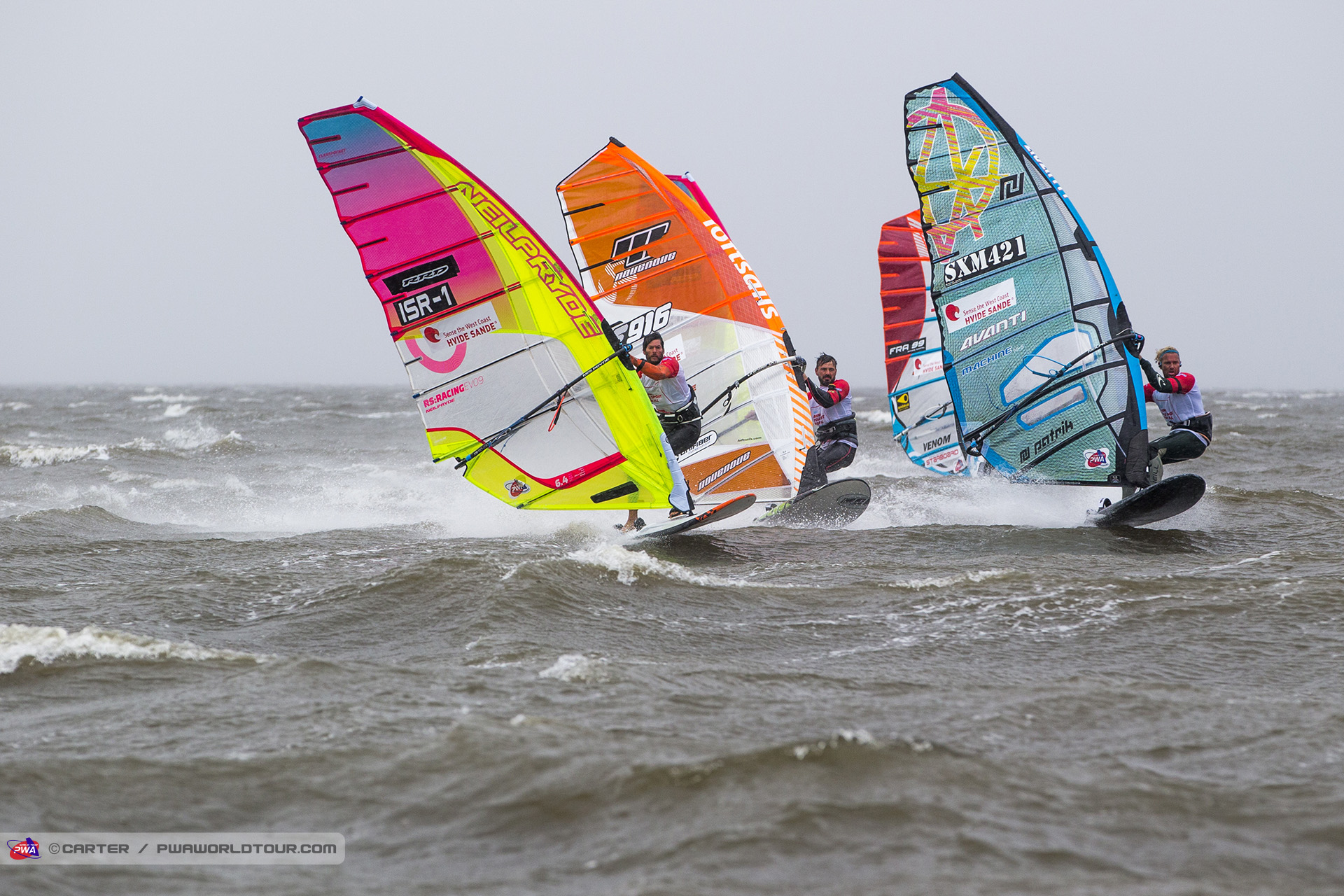 Shortly after the largest event of the year in Sylt Germany was to take place.
The event in Sylt was a big show and lots of action, but unfortunately just two slalom eliminations were run. There were days with plenty of wind, but because of the conditions and the difficulty in setting the course, no further eliminations were run and Julien found himself in 8th for the event.
However with the introduction of foiling, Julien participated in his first PWA foil event, which he would go ahead and wind, with Jordy Vonk and Sebastien Kornum in follow. 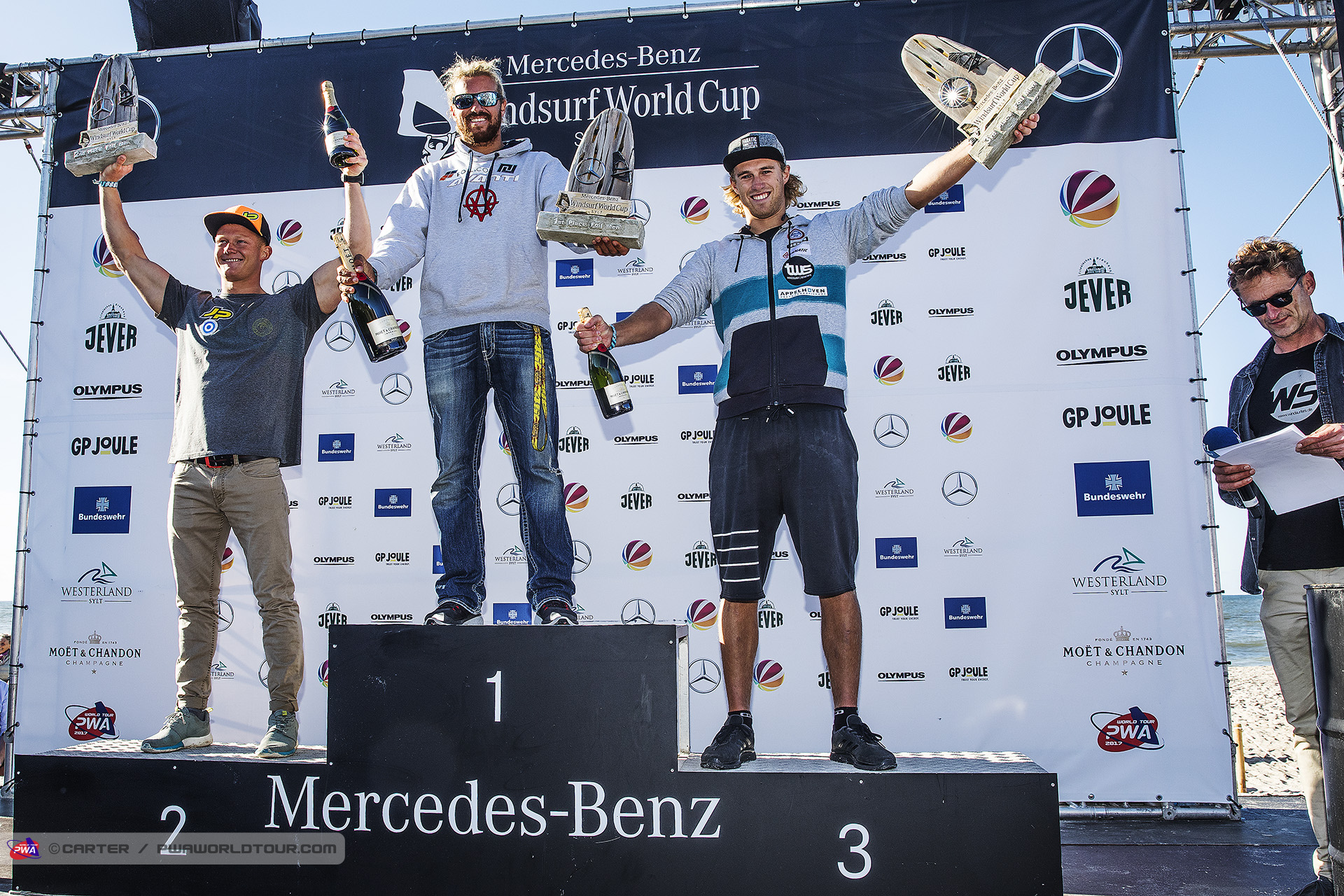 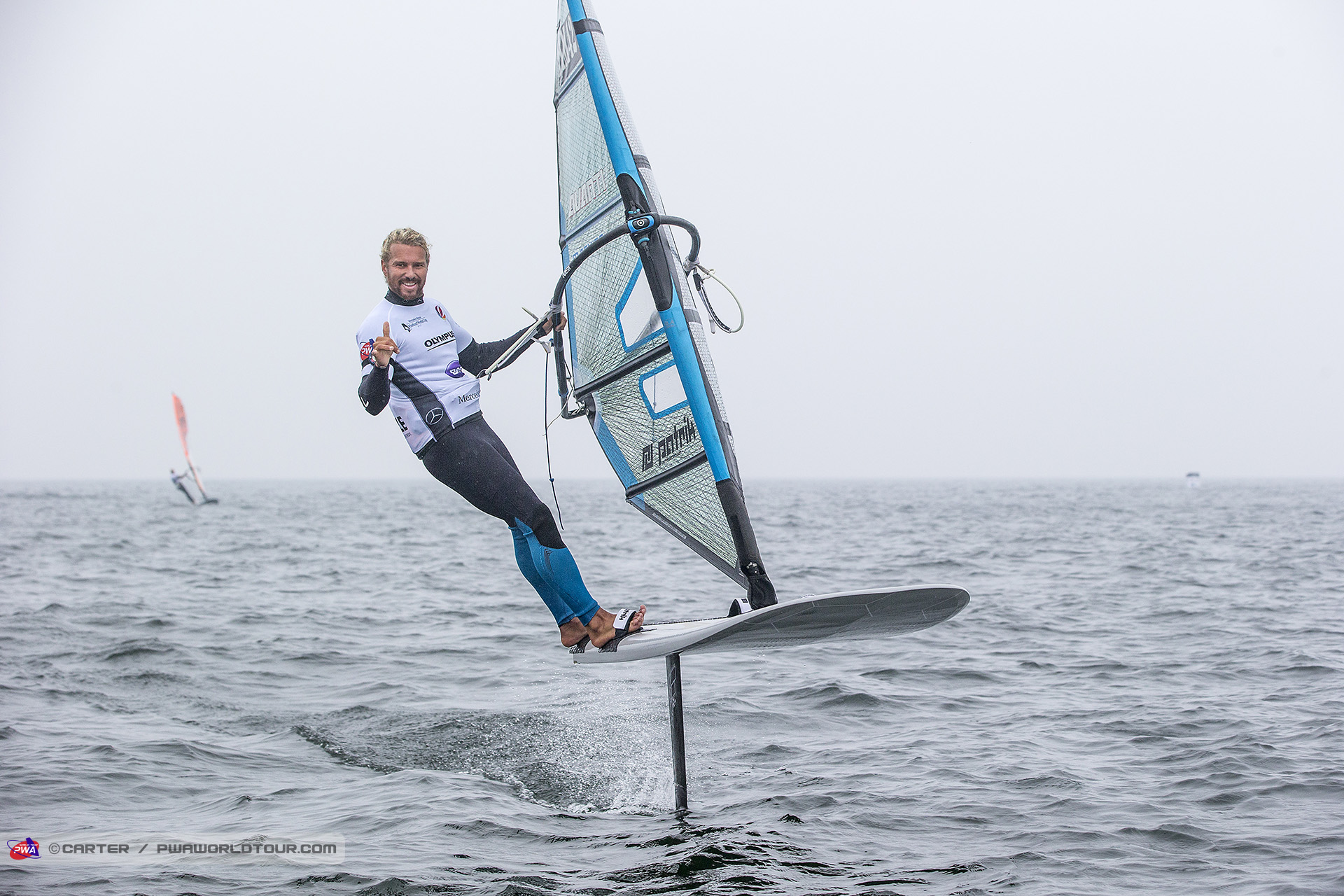 Now the last event of the year,
Noumea has been good to the tour in the past with excellent conditions, will Julien be able to improve his overall ranking? Follow the live action on the PWA facebook page and their website!

Any cookies that may not be particularly necessary for the website to function and is used specifically to collect user personal data via analytics, ads, other embedded contents are termed as non-necessary cookies. It is mandatory to procure user consent prior to running these cookies on your website.