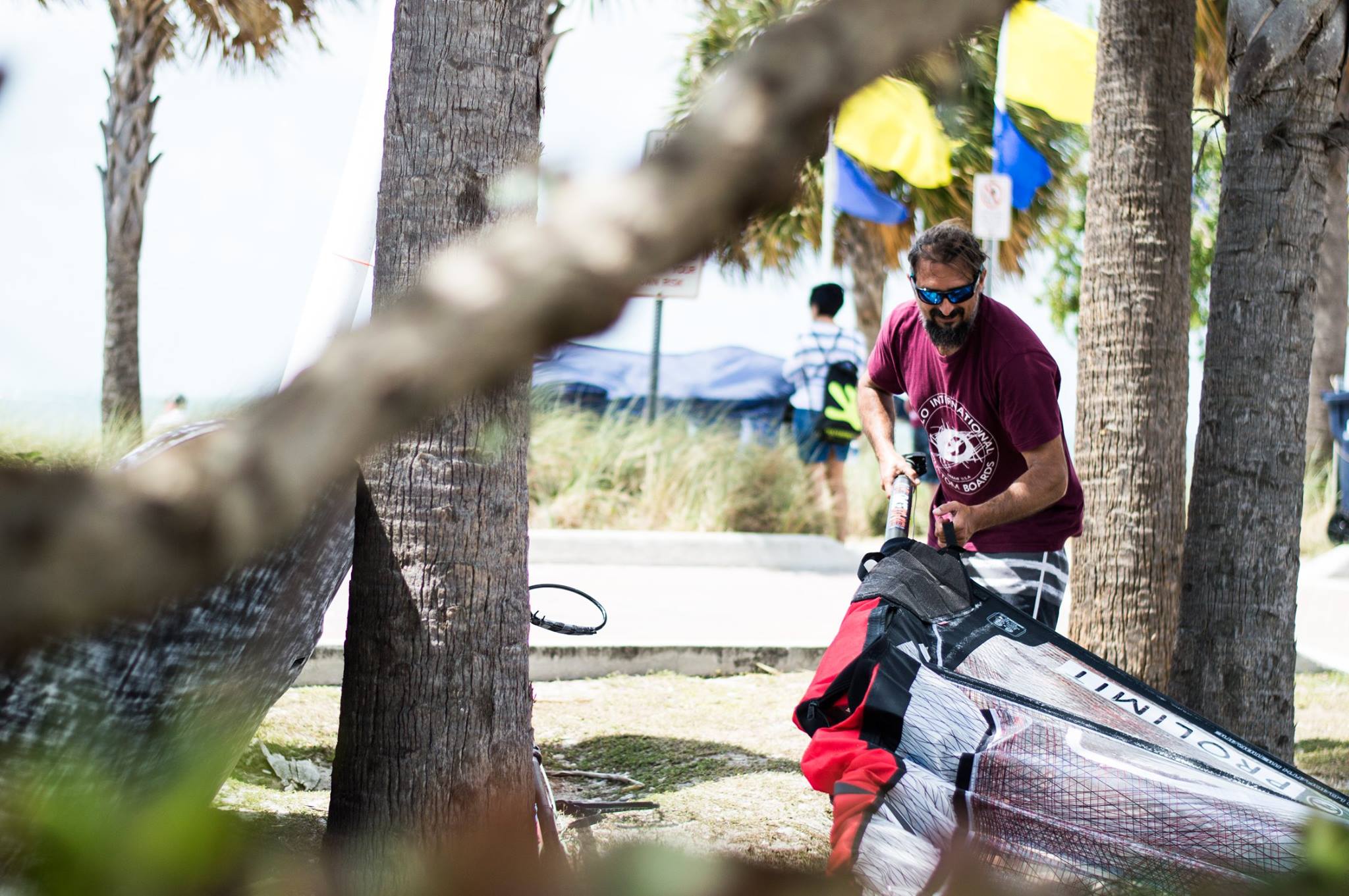 Most people knows Miami from the hit TV series from back in the eighties Miami Vice or the legendary movie Scarface with Al Pacino,
Not many people thinks of great windsurfing when it comes to Miami.

However over the last couple of years an ever strong slalom scene has emerged in Miami, heralded by a certain Alex Morales.

If you never heard about Alex Morales, then I would suggest you to read the following article below about how Alex once escaped from Communistic Cuba and windsurfed to the US and found his freedom.

Over the last years Alex has on a yearly basis been organising a local slalom tour, which from time to time also has attracted international talent. However this year a new event was held in the form of a Formula/Foil mixed race.
Set in the crystal waters out side Miami, the event was a huge success with the participation of Antoine Albeau and Danish formula specialist Jesper Vesterstroem.
For Alex the event was also a great reason for him to test some new gear which he had recently laid his hands on. 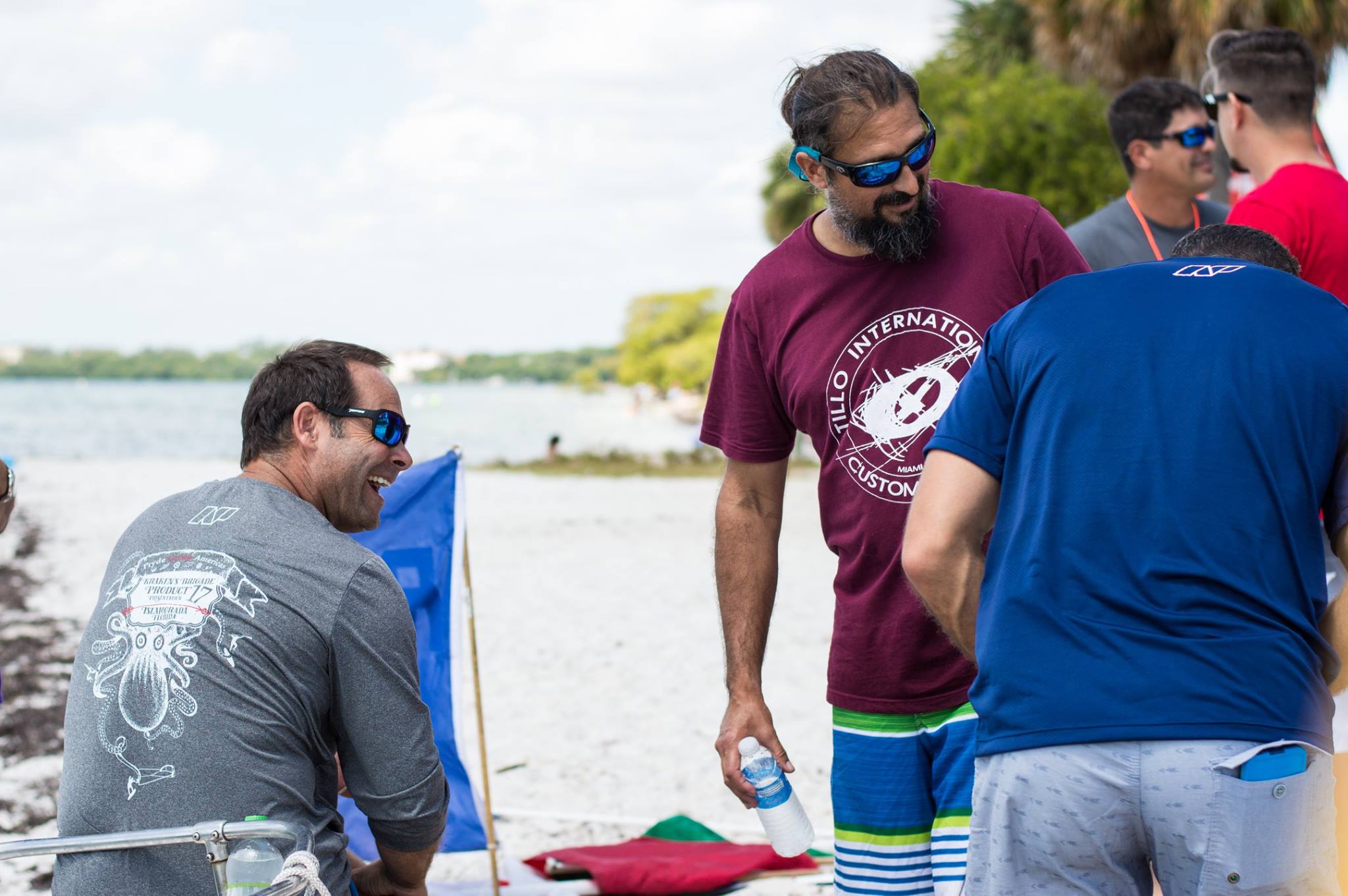 Alex had been on Skype extensively with Dan Kaseler gaining knowledge about our membranes and the various sail ranges. Based on the feedback from Alex, Dan recommended Alex to try the new Tempest with his foil

The Tempest  which is based on the Machine M5 is a lighter more efficient slalom sail in an easy package. The tighter leech and smaller sleeve was deemed to be a close match as to what Alex was looking for. At the same time it was paramount to get a comparison sail so Alex also got hold on one of the previous sail models the Condor which has replaced by the Tempest for 2017. 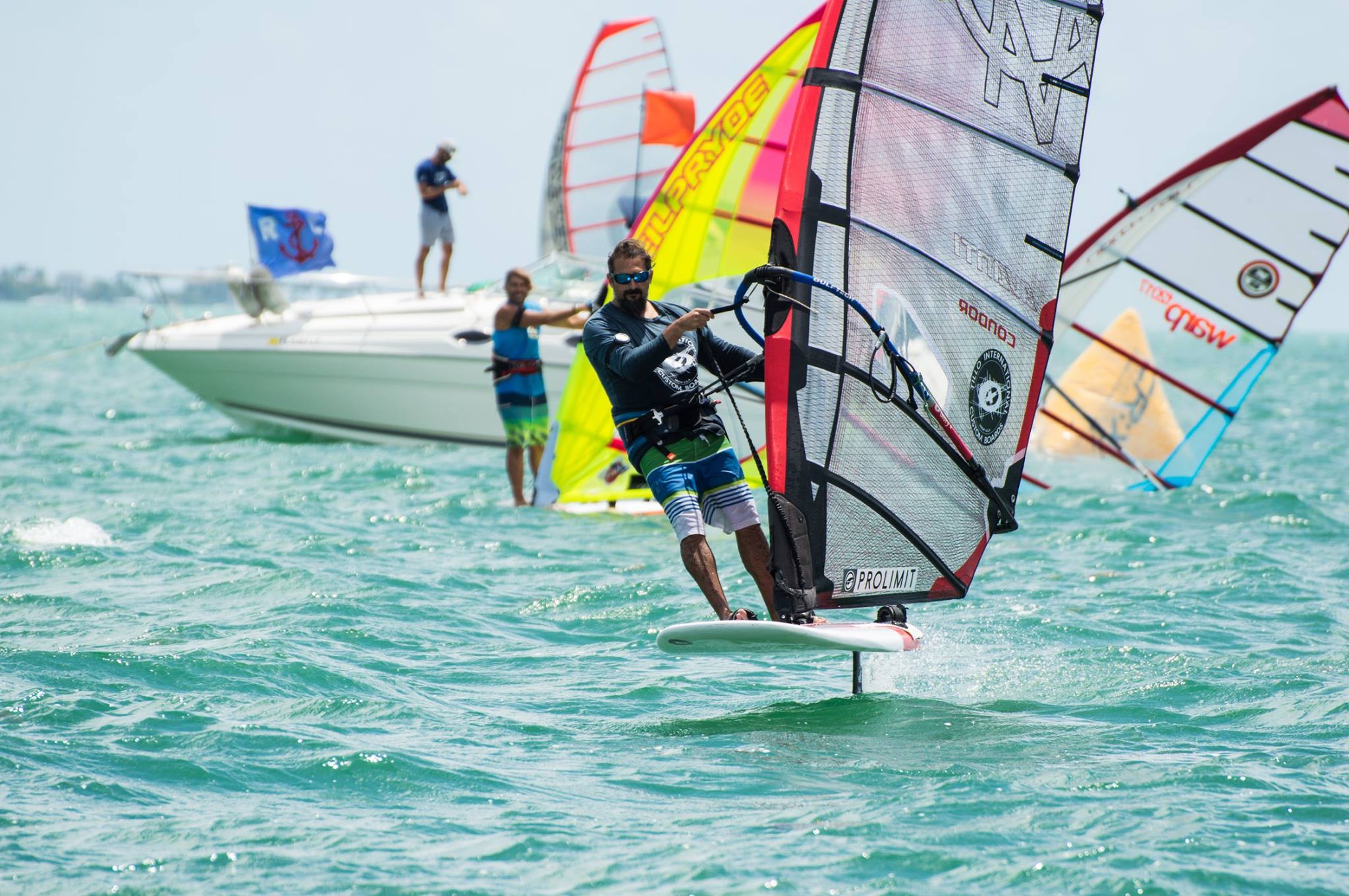 The Tempest having a much fuller body with more shaping along the chord, there was an easy basis for comparison 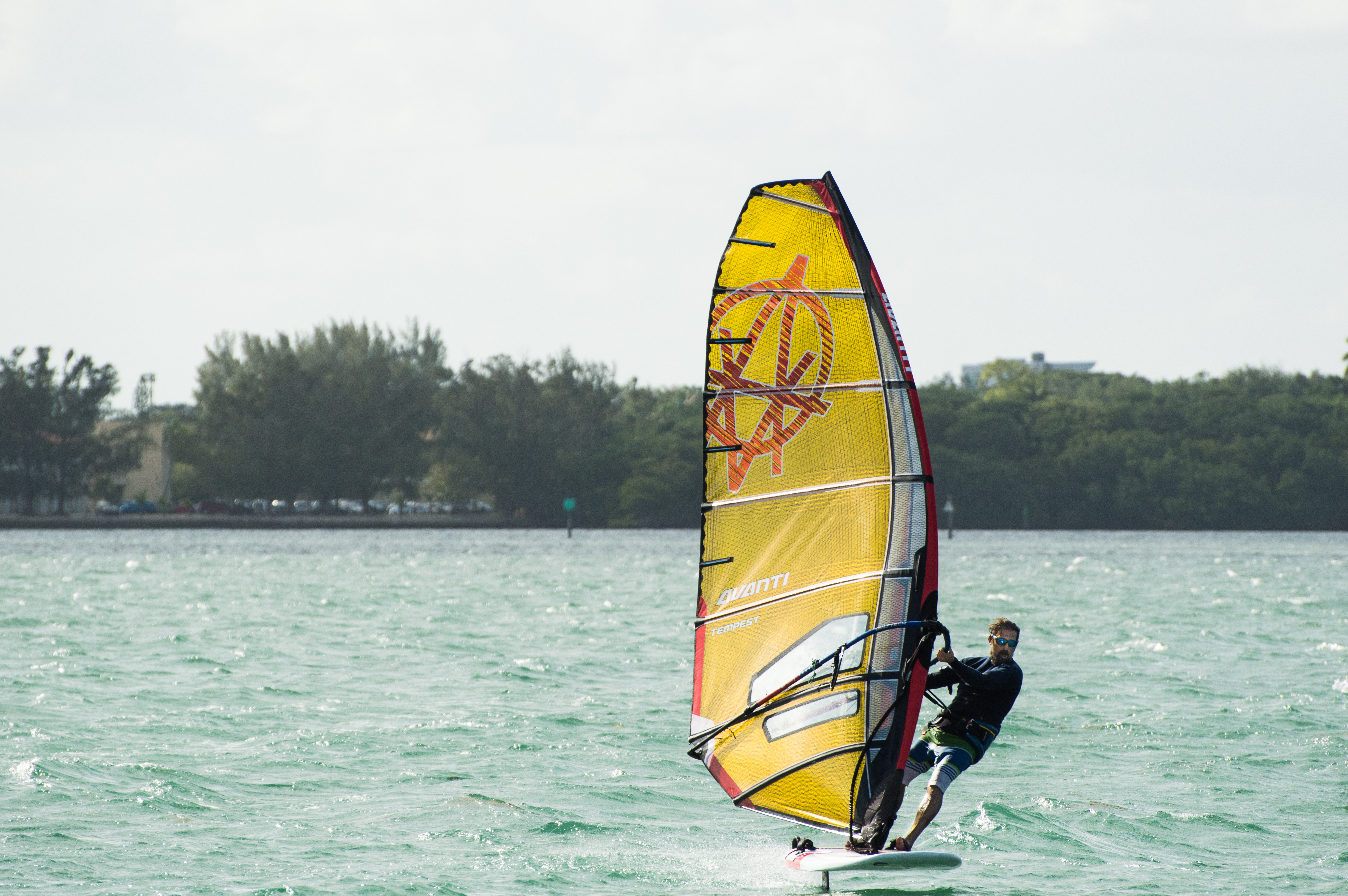 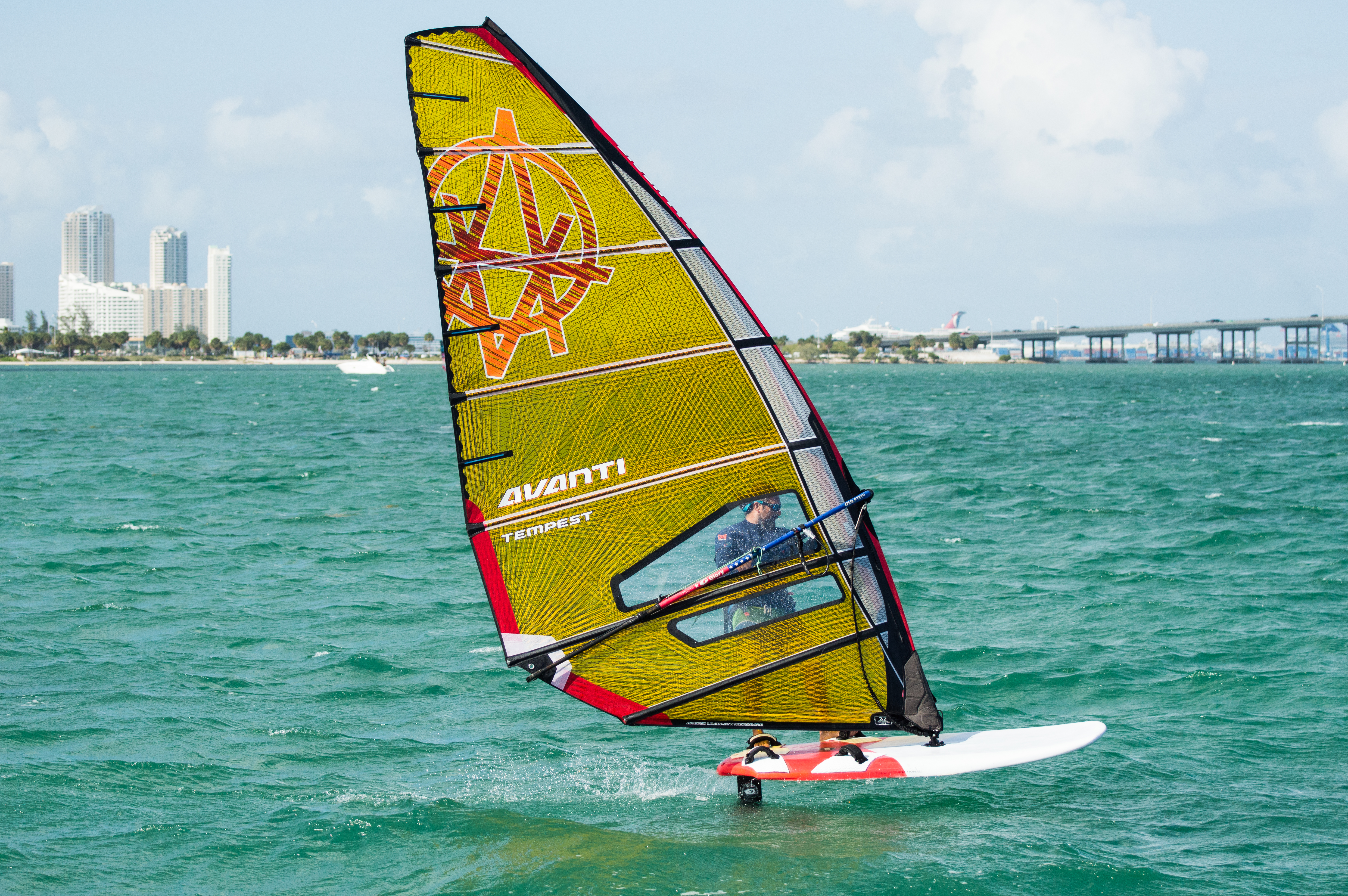 Having tested both sails, Alex had the following to say on the Tempest

My findings with the Avanti were incredible, I was able to get the Tempest 7.7 at amazing angles and speeds effortless in 27 mph winds.. The sails feels extremely light and stable.. Allows you to really pushing hard with confidence and gain more acceleration during the strong winds

So why this testing you might ask, well Foiling is growing and its growing fast. It can be what so many of us has been waiting for for the last many years as windsurfing has edged more and more towards high wind performance and less in the direction of light wind cruising as it was back in the day.
With a foil you can get up and fly in lighter winds and have an amazing experience at the same time. For us here at Avanti we want to explore, develop and introduce a new dedicated sail range specific for foiling. Obviously as we read from Alex, a regular sail can easily be used but at the same time being off the water and not having direct contact with the surface of the water opens up whole new avenues for sail design and efficiency. More on this later 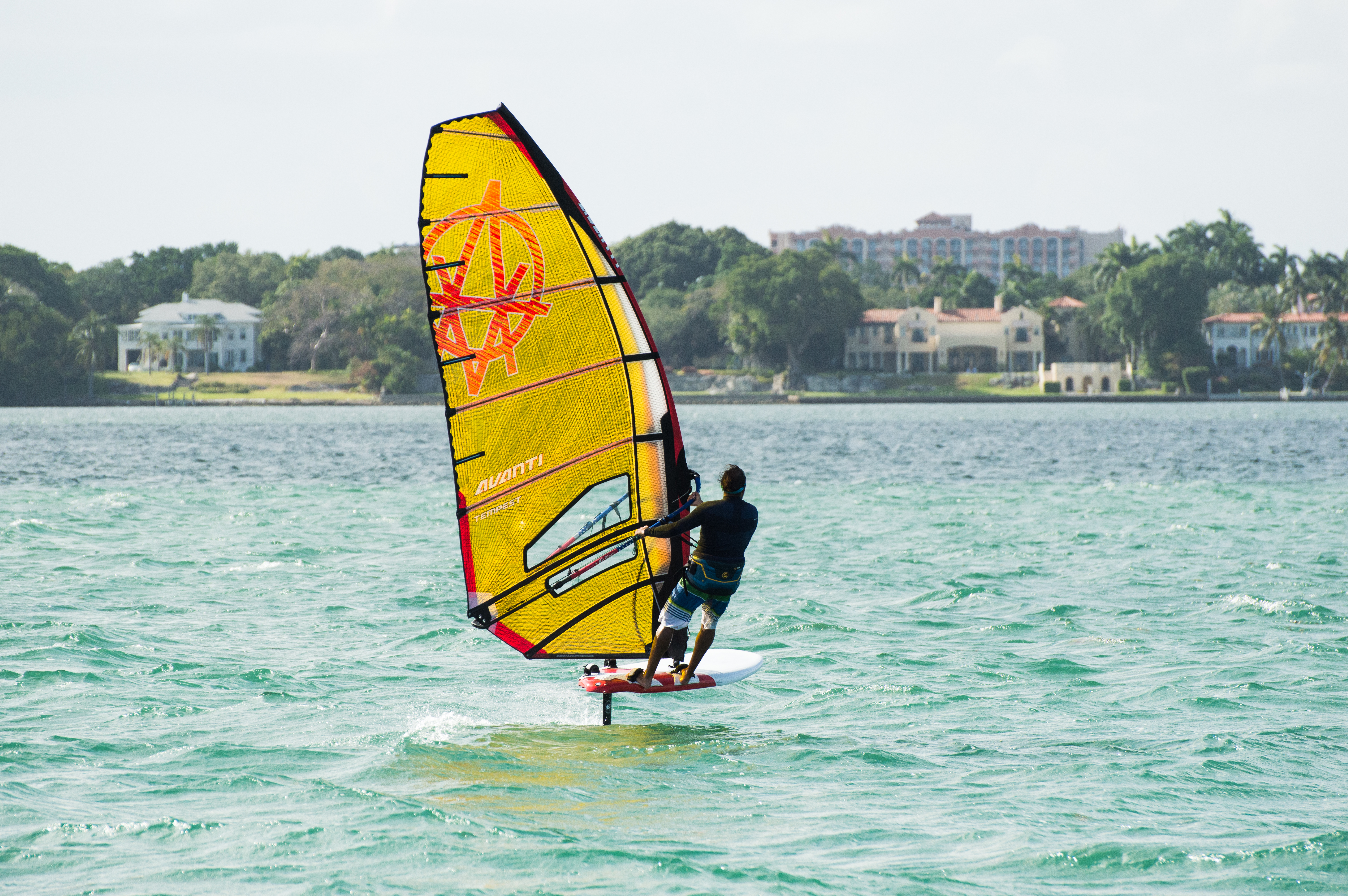