This year?s second PWA event just finished in Tenerife,
Representing Avanti Sails was Camille Juban.
Camille is this year on a come-back mission following his massive injury last season, which resulted in surgery and a long rehabilitation period. Now he is fighting his way back towards the TOP where he belong and we from Avanti Sails are proud to have a rider with his raw talent on our team. 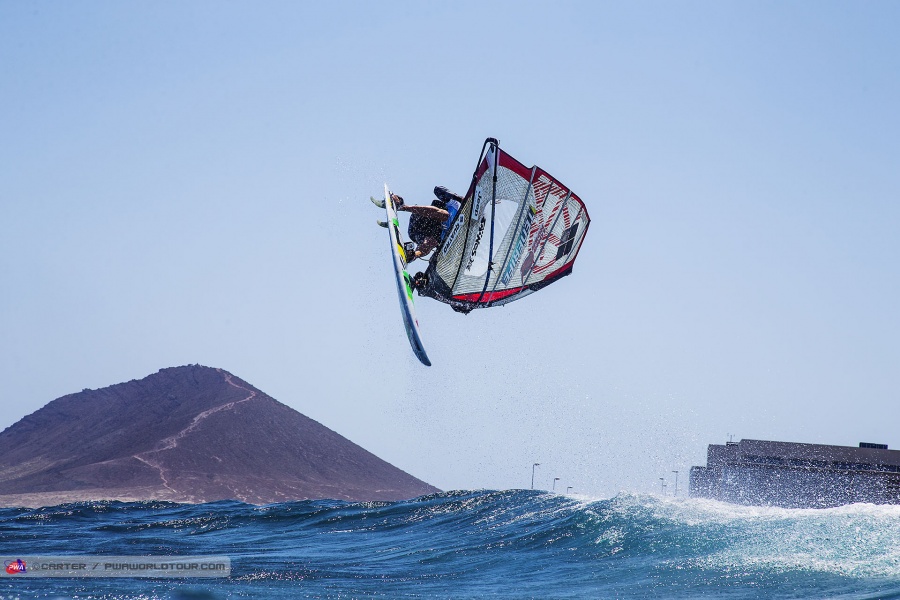 Camille reports here below from the event:

For Tenerife I had received a wild card, but I still got Ricardo Campello in the first heat of the single elimination because I had no ranking from last year.

Getting Ricardo in the first heat is pretty tough, even if the condition were to my advantage (light wind) he manage to do a 9 point double with his  5,7 and my wave scores were not enough to carry me through.
So I kept focus and I really wanted to pass at least one heat in the double elimination.

Then I drew Graham Ezzy in the first heat of the double elimination, I didn’t felt like I was sailing well but I found good waves so I made it through.
Following this heat I was happy but with my wave scores I knew I could pass more than just one heat.

I stayed focussed and unlucky for Leon Jamaer he broke his mast in our heat but I was having a day so I still made around 30 points in this heat also.
Then I went almost straight after against Ponce who is a local from Pozo…  I knew he was going to be a tough competitor so I concentrated in the wave ride and that paid off because I passed because of that..
In my 4th heat on the double elimination I went up against Brozinho, he sailed really good and I broke my board in the heat so I lost lot of time and then I had one good scoring wave missing so I didn’t made it.

In the end I didn’t expect much, so I’m super happy with my 9th place which put me back in the PWA game 🙂