Camille Juban on the Road

To many possibly an unknown, but to those who follow the world of wave surfing more closely the name Camille Juban has a lot of meaning.
Camille has a long a list of successes behind him, and this past weekend he could add another win to his name.
With his total domination at the American Windsurf Tours stop in Peru, at the famous spot Pacasmayo, Camille showed his true qualities and claimed 7 out of the top 10 single wave scores.
Was responsible for 4 out of the 10 highest scoring heats and finished off with a near perfect score with 19.03 out of 20 possible points on two waves counting.

Camille has this year won two of the AWT event, the first being in Capo Verde where he faced Kauli Seadi in the Final and now in Peru.
Camille has previously won the tour two times  before. 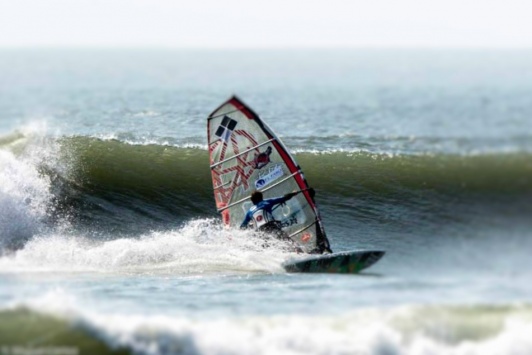 The American Windsurf Tour focuses more on the actual wave sailing than jumping which is often the case with the events on the PWA calendar due to their locations.
To get to know more about Camille you can follow him via Facebook or instagram.